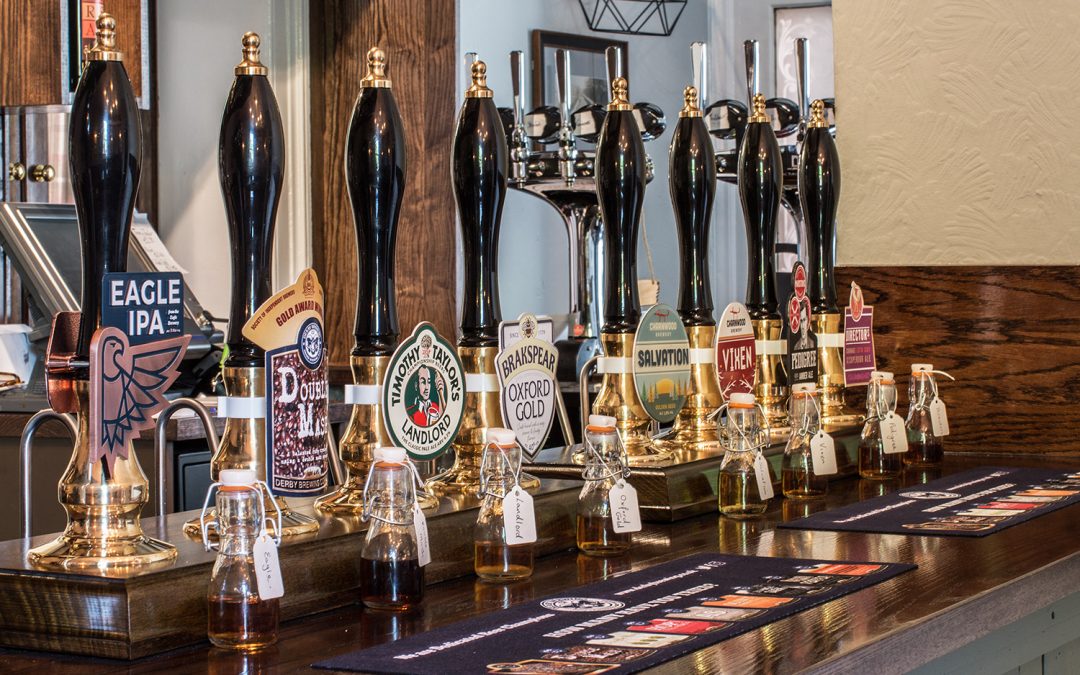 Mild – Originated in Britain in the 17th century or earlier, and originally meant a young ale. Usually dark brown in colour as well-roasted malts or barley are used, it is less hopped than bitters and often has a chocolatey character with nutty and burnt flavours.

Pale Ale – The term Pale Ale was first mentioned around 1700. A hundred years later they referred to as bitters. The term pale ale is derived from the pale malts used in the brewing process. Burton-on-Trent produced what were considered to be the highest quality as the local water contained a high level of sulphates. This was more by luck than judgement but resulted in a beer of great clarity and much more bitterness than those brewed in London.

India Pale Ale – Nineteenth-century brewers developed the India Pale Ale to quench the thirst of soldiers stationed out in India. They used extra hops to help preserve the beer on its long voyage from England.

Bitter – This type of beer developed towards the end of the 19th century as brewers began to produce beers that could be served in pubs after only a few days storage in cellars. Bitters grew out of pale ale but were usually deep bronze to copper in colour due to the use of slightly darker crystal malts.

Best Bitter – A Best Bitters is normally stronger and between 4.1-4.6% ABV. They are typically brown or copper in colour. They have an assertive hop aroma and taste, medium to strong bitterness and residual maltiness.

Golden Ales – The Golden ales are a lighter and more hoppy relative of bitter. Developed in the 1980s, it has been stealing drinkers away from lager to such an extent that it is now being described as a game-changer in many brewing circles. Golden Ales can be pale amber, gold, yellow or straw coloured. Golden Ales usually have a low ABV and should be served cool and are a very popular summer ale.

Strong Milds – These are typically black or very dark brown in colour and should be rich in caramel flavours with a light roast malt character. Some are quite smoky in their taste.

Old Ales – These are traditionally stored for months or years in wooden vessels. The style has re-emerged in recent years, and the hallmark remains a lengthy period of maturation, often in a bottle rather than bulk vessels. Old Ales typically range from 4% to 6.5%.

Porters – The original choice of London’s market and dock workers was a blend of three beers, but the style has changed constantly since then. Porters are complex in flavour, range from 4% to 6.5% and are typically black or dark brown. The darkness comes from the use of dark malts.

Stouts – Porters and Stouts share a similar origin. The strongest versions of Porter were known as Stout Porter, which has been termed as simply Stout over the passage of time. Unlike Porters, Stouts use roasted malted barley. Stouts can be dry or sweet and generally range from 4% to 8% ABV.